In the previous article, we gave information about what is PID and PID control. Now we will learn how to control the pressure with PID in PLC.

In the following program example, the PID instruction is used to control the pressure of a vessel using a pressure transmitter as the process variable and a flow valve as the control variable. The setpoint is maintained at 50 psi. 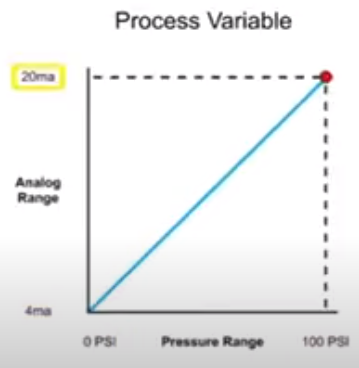 Transmitter: It is a device that outputs the measured pressure unit in amperes and voltages. Generally, the ones with milliamp output are preferred. 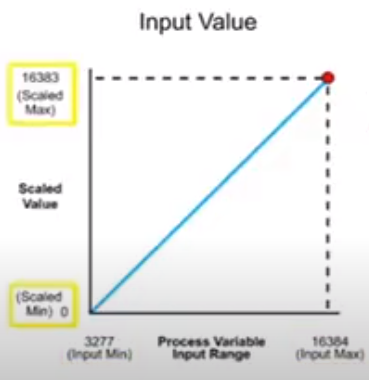 The input value is scale to a range of 0 to 16383 compatible with the PID instruction using the scale with parameters instruct for SCP.

The input parameter of the SCP instruction contains the memory address of the analog input module. 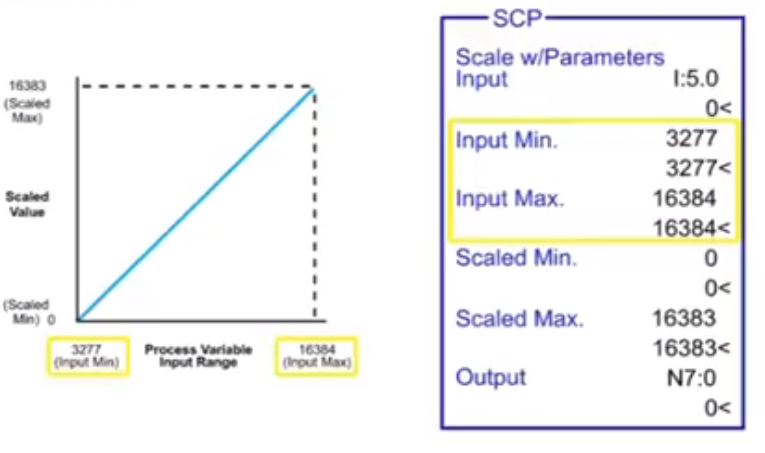 The input values are then scaled between the ranges programmed in scaled minimum and scaled maximum parameters, scale minimum value is programmed is 0 representing the low end of the output range. Scale maximum value is programmed as 16383 representing the high end of the output range. The SCP output parameter is the integer file address where the scaled output is stored and then used by the PID instruction as the process variable. 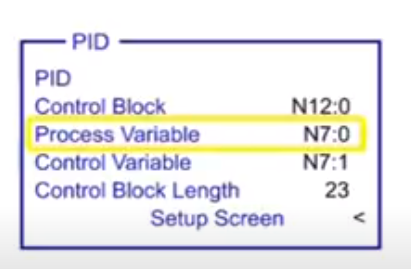 Next, the control variable range of 0 to 16383 is scaled to an analog output module using the second scale with parameter instruction. the input parameter of the SCP contains the memory address of the PID output values that will be scaled.

The input minimum and input maximum are programmed as the smallest and largest values of the input range. 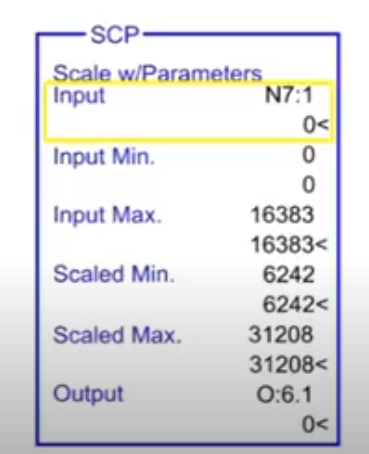 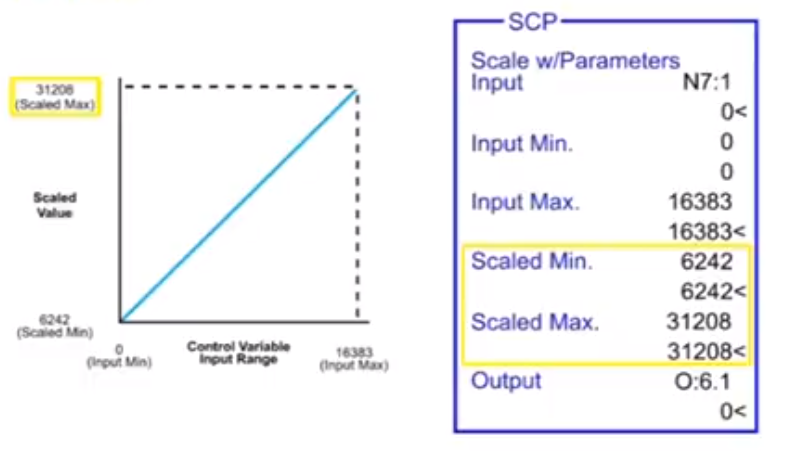 The analog signal is then sent to the flow valve where the operating range is adjusted between 0 and 100%. With the data scaled using the SCP instruction the process of controlling the pressure of the vessel 250 psi continues by entering the set point of 50 in the PID setup menu. 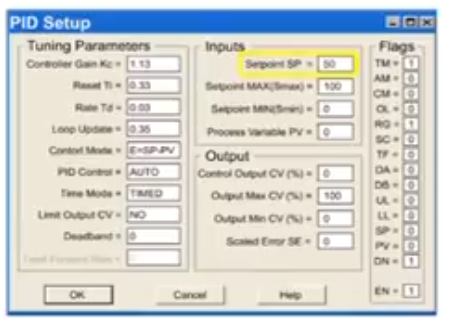 Has the PID instruction is executed a scaled error is generated by subtracting the process variable from the setpoint. By increasing the control output the error is reduced to attain the setpoint as the PSI is raised in the system. 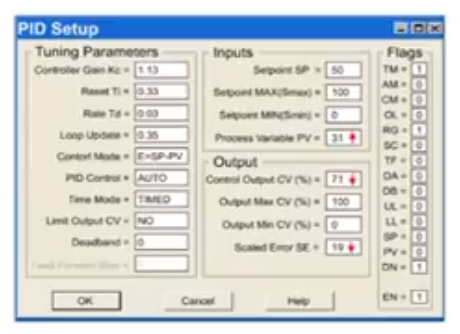 In other words the valve position is gradually closed to reduce the pressure loss.

Upon reaching the set point in the system the control output and scaled error is reduced to zero.